Das Festival (2019) from Herbordt/Mohren on Vimeo.

“The Festival” is a fictional festival. With radically site-specific or just imagined art, designs from other institutions and neighborhoods. Children welcome!

A collection of impossible program contributions is presented (‘impossible’ because they resist transfer to other contexts in a radically site-specific way, because they are only in the process of construction, have long since disappeared, never existed at all, or were never allowed to be realized); a group of performers speaks out against these impossibilities; children and audience members perform miniatures of new music composed especially for “Das Festival” in the temporary festival center; visitors explore invented (or buried) routes to art hotels, international academies and model organizations. “Das Festival” is an impossible travelogue - the celebration of another world order. More boundless and with more solidarity than currently exists.

The festival architecture was developed by Bureau Baubotanik: the performers Judica Albrecht and Armin Wieser led the visitors in small groups through the festival site, which was almost impossible to overlook, with a waiting area, reception, archive, stage and festival center. The Brazilian choreographers Jorge Alencar and Neto Machado presented their own edition of their “Dance Library” for “Das Festival”: “Dance Library: Festival Fantasies”. Meanwhile, children were able to interpret eleven commissioned works by contemporary composers in the festival center: with crackers, wind machines, timpani, voices, keyboards, hands, feet, sound postcards and a foldable greenhouse.

After the performance and installation was presented site-specifically for the first time as part of the Donaueschinger Musiktage 2019, an adaptation for the stage was created in the same year at the Theater Rampe.

At the Schaudepot you can expect:

Dates will be announced in the newsletter and on www.das-schaudepot.org or can be arranged individually.

Further information about the history of ,The Festival´can be found here.

“The Festival” is a co-production of “The Institution” with the Donaueschinger Musiktage 2019 and the Theater Rampe, Stuttgart, funded by three-year concept grants from the Cultural Office of the City of Stuttgart, the Performing Arts Fund with funds from the Federal Government Commissioner for Culture and Media and the State Association of Independent Dance and Theater Professionals Baden-Württemberg with funds from the Baden-Württemberg Ministry for Science, Research and the Arts.

The adaptation of “The Festival” for Das Schaudepot was supported by the three-year conceptual funding from the Fonds Darstellende Künste with funds from the Federal Government Commissioner for Culture and the Media, by the Initiative Program “Kunst trotz Abstand” (“Art Despite Distance”) of the Ministry of Science, Research and the Arts of Baden-Württemberg, and by the Cultural Office of the City of Stuttgart. 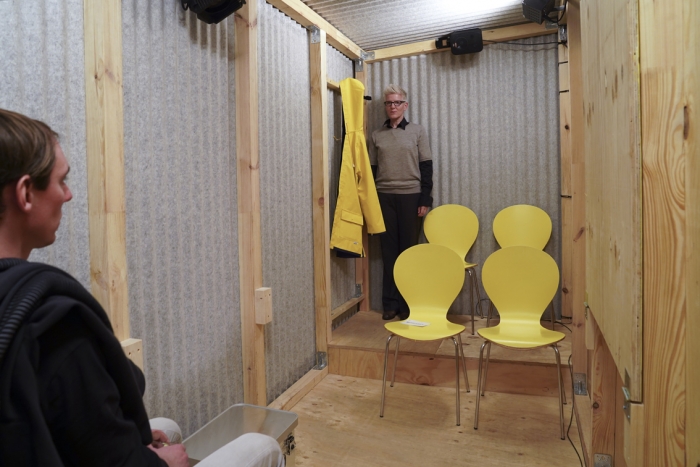 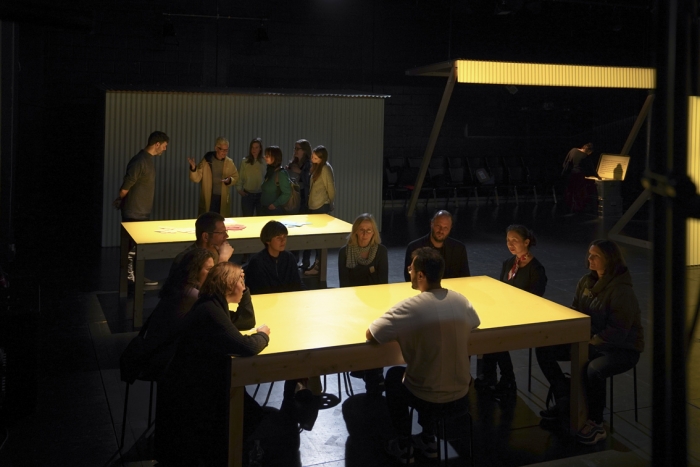 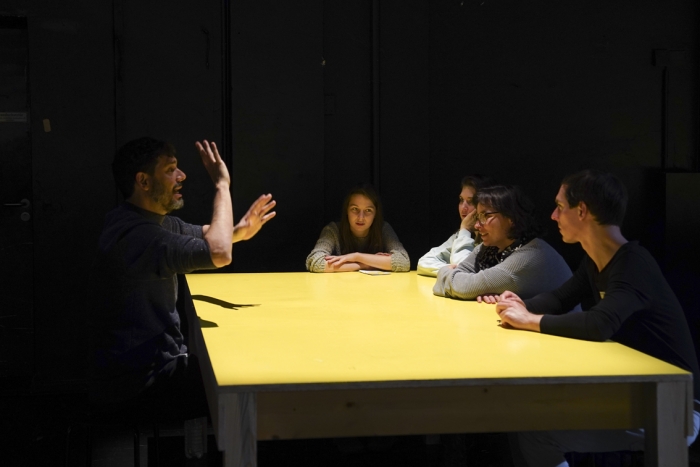 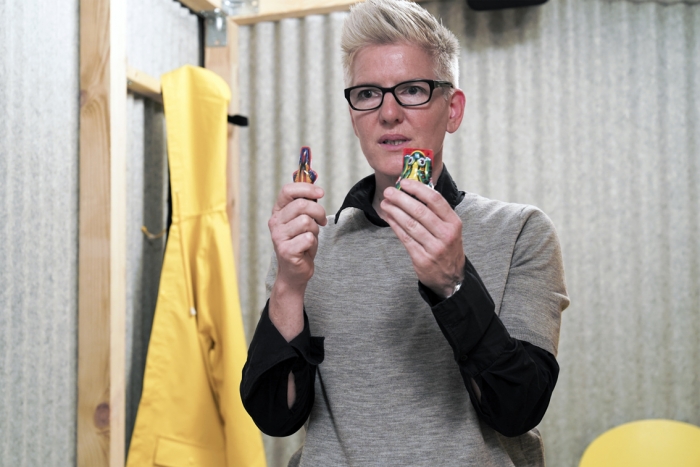 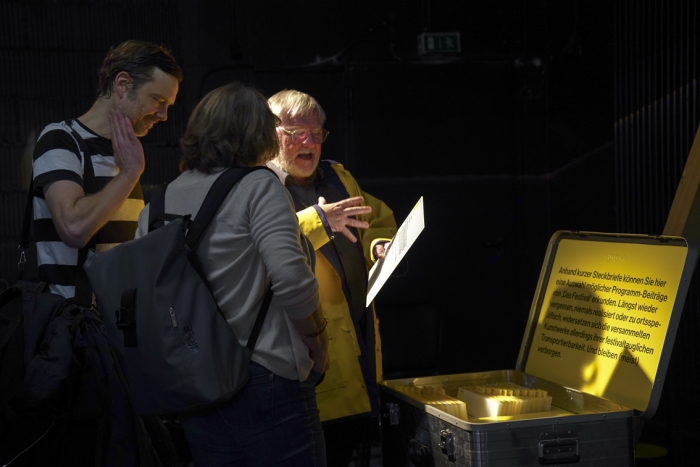 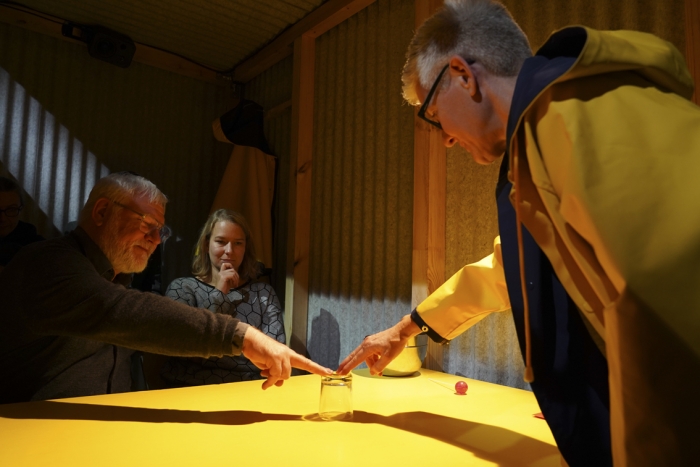 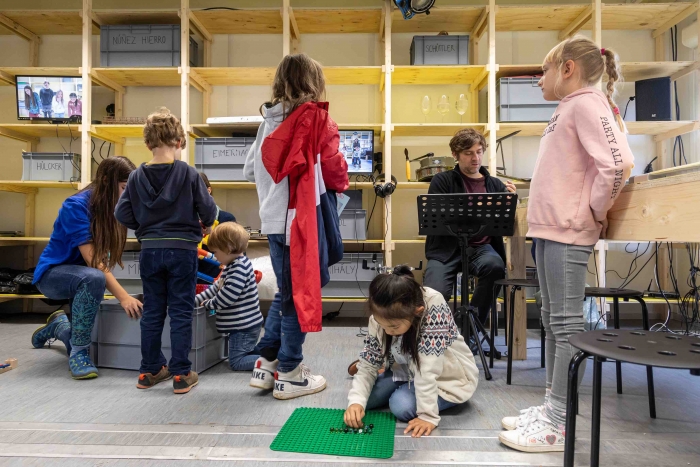 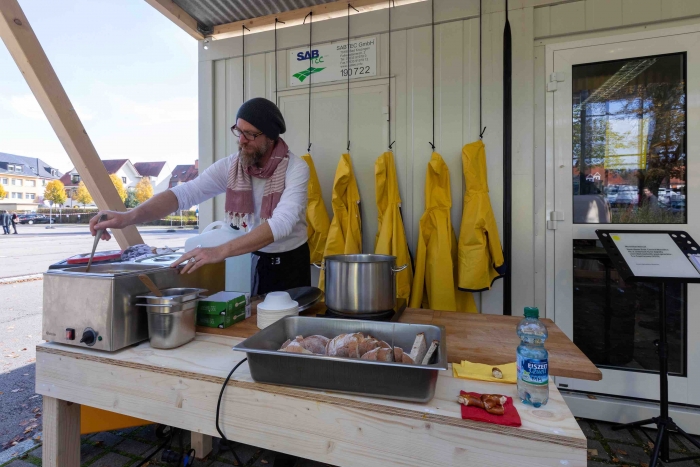