Eleven composers have written new pieces of music for children for the performance of “The Festival”. With clicky frogs, corn sticks, sound postcards, Duplo blocks, tin bowls, a marble track and a tent as instruments. In the workshop for “The Children’s Festival”, you play excerpts of these pieces yourself, make a ‘super ball’ and even make music while chewing.

For 5 unaccompanied children between the ages of 5 and 9

Dates will be announced in the newsletter and on www.das-schaudepot.org or can be arranged individually for groups.

The development of the workshop was made possible by three-year conceptual funding from the Performing Arts Fund from funds provided by the Federal Government Commissioner for Culture and the Media, by the Art Despite Distance impulse program of the Baden-Württemberg Ministry for Science, Research and the Arts, and by the Cultural Office of the City of Stuttgart. 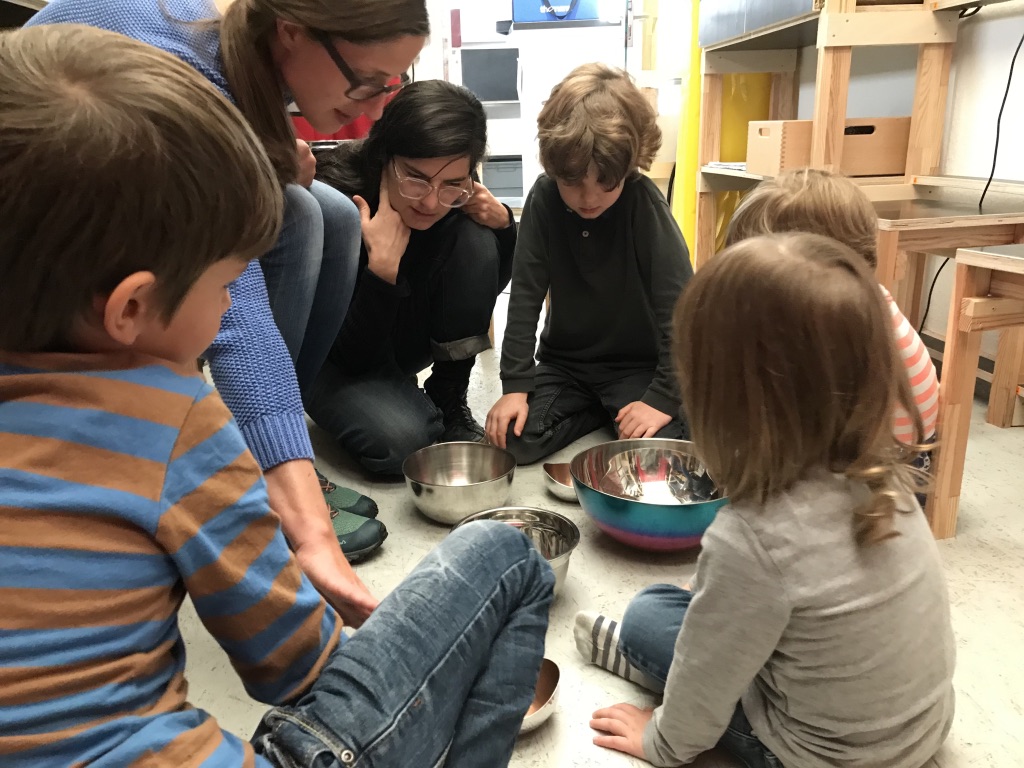 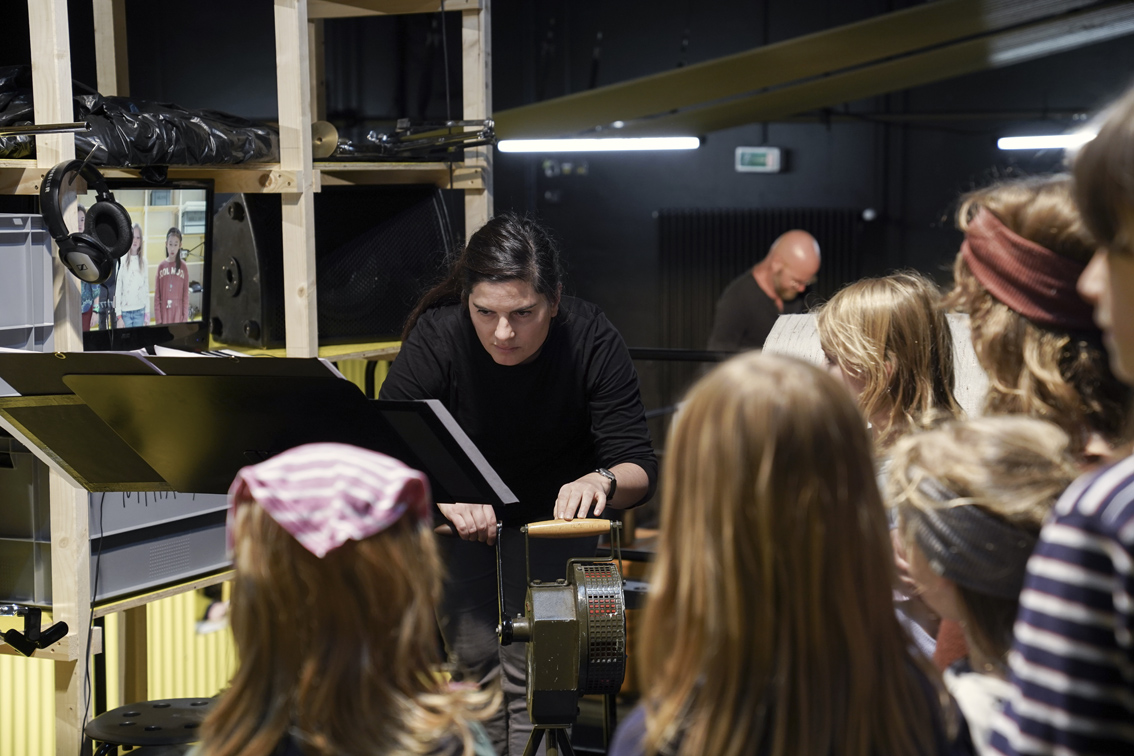 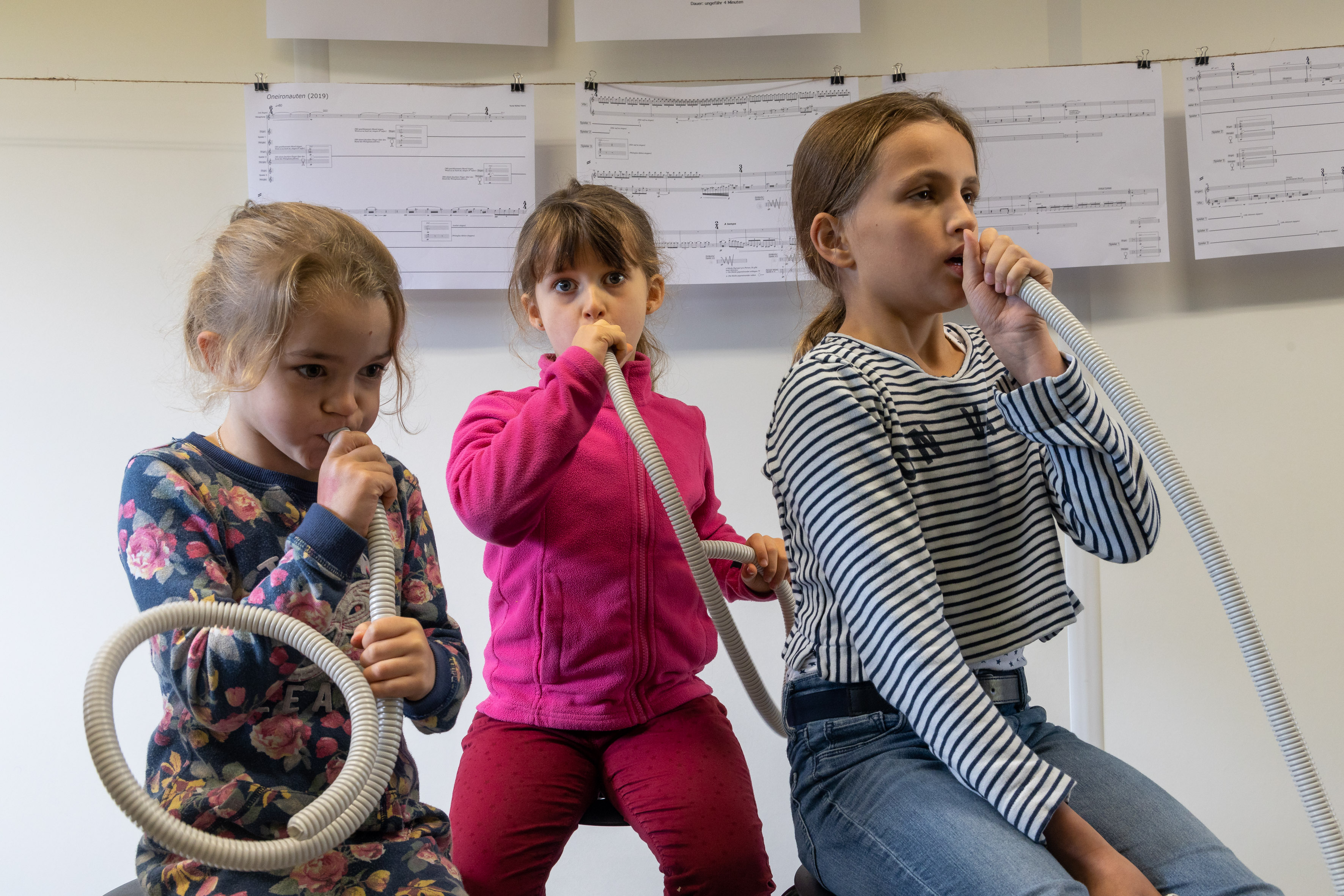 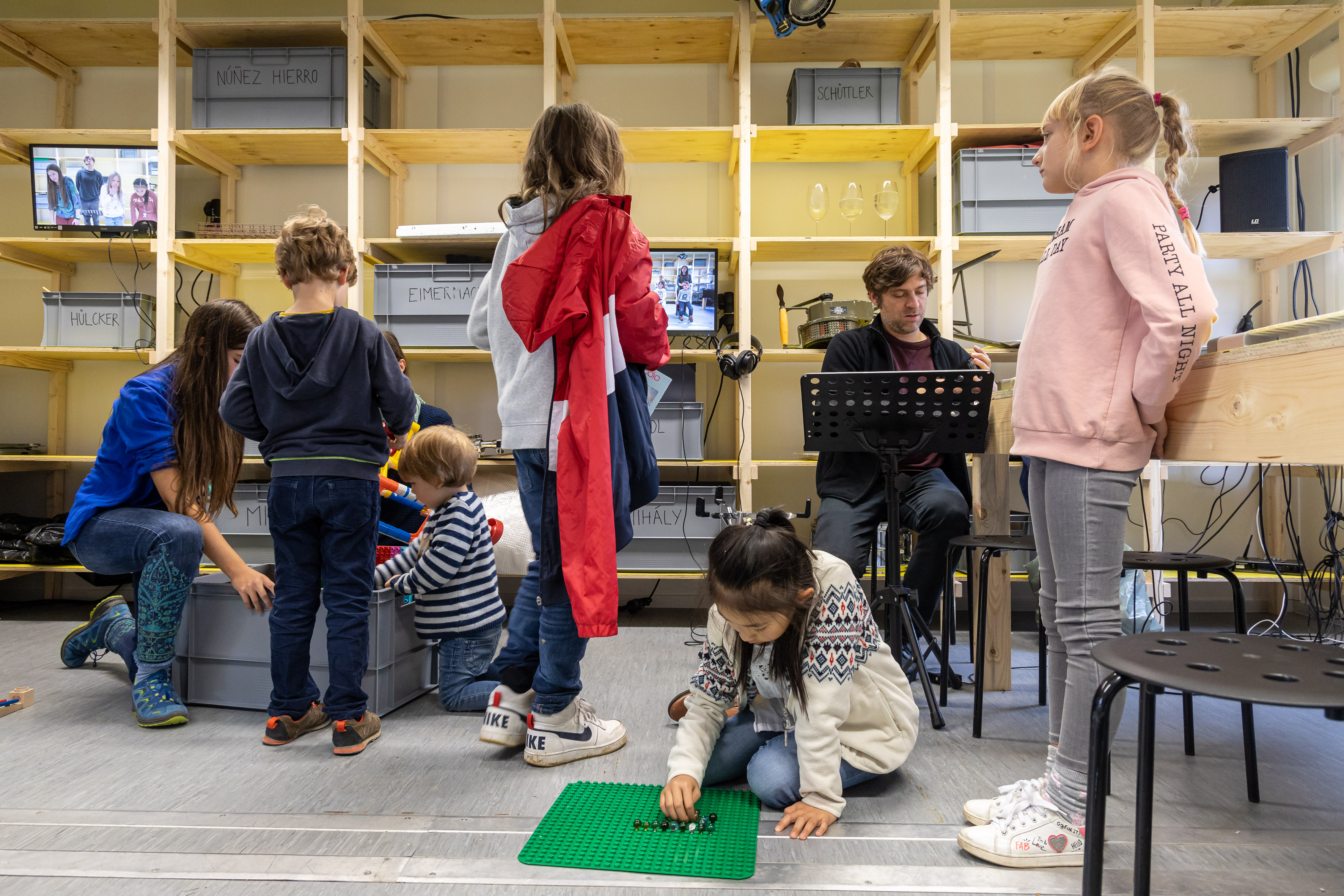